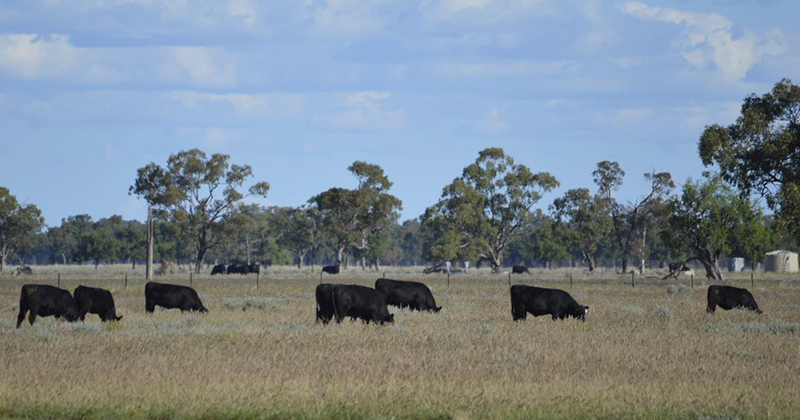 It is important to note that the expression of this genetic condition occurred 15 years ago, was only reported in one herd, and there has not been any widespread reporting of the animals with similar neurological disease in other herds since this time. It is therefore anticipated that the frequency of the genetic condition within the current Angus population is minimal and no action is suggested other than being aware of the genetic condition in case animals are observed expressing similar symptoms.

Niemann-Pick type C is a rare genetic condition in humans and animals that impedes the transport of cholesterol and lipids inside cells, leading to the accumulation of these substances. Over time this causes tissue damage throughout the body and is fatal. Brain cells are affected early in the disease and affected humans and animals present with neurological clinical signs.

The identification of the existence of the genetic condition in Angus cattle results from the reports of several animals suffering progressive neurological disease in an individual commercial herd between 2002 – 2005.

The herd was using Angus bulls over an Angus crossbred female herd. In 2005, the herd reported the existence of three affected calves to the district veterinarian who commenced an investigation. Subsequent post-mortems, histopathology and cell culture work confirmed that the affected calves in this herd had Niemann-Pick type C disease.

Affected calves appeared normal at birth and reported to be in good body condition when the disease started at about 3 months of age. At that stage, the animals began to show weakness in their hindlimbs, a wide-based stance, sideways walking, leaning and falling over. The condition was exacerbated by stress such as mustering. The disease slowly progressed and led in some animals to head shaking (tremors), and in all animals at about 7 months of age, to complete loss of control of bodily movements and recumbency, requiring the animals to be euthanised.

It is important to note that similar progressive neurological conditions can be caused by other genetic and non-genetic conditions as well, and animals exhibiting similar symptoms may not necessarily be affected by Niemann-Pick type C disease.

Researchers at the University of Sydney have subsequently identified a DNA mutation that is likely to cause Niemann-Pick type C disease in cattle, and a DNA test is available from the Elizabeth Macarthur Agricultural Institute (EMAI).

Any Angus breeders who have animals that are expressing similar symptoms and who would like to enquire about DNA testing should contact Dr Brendon O’Rourke at EMAI. Contact details are included below.