Angus Youth is pleased to announce that Georgia Laurie and Phoebe Christie have been selected for the Angus Foundation SmartBeef Conference Scholarships.

Angus Youth is pleased to announce that Georgia Laurie and Phoebe Christie have been selected for the Angus Foundation SmartBeef Conference Scholarships.

Unfortunately, the Australian Lot Feeder’s Association (ALFA) SmartBeef Conference, which was set to take place 19th to 21st of October in Dalby, Queensland, has been moved online due to ongoing difficulties faced by COVID-19 restrictions.

Due to this, the scholarship recipients will be offered their scholarships in 2022 in order to take part in the ALFA BeefEX Conference.

The SmartBeef and BeefEX conferences service the grain fed beef industry and draw together feedlot operators and their staff, nutritionists, veterinarians, regulators, service providers and others involved in the grain fed beef supply chain.

“I am very pleased with the selection of Georgia and Phoebe for the Angus Foundation SmartBeef Scholarships,” said Mr Phillips.

“Both of the recipients are passionate about developing their knowledge of the grain-fed beef industry and I look forward to Georgia and Phoebe representing Angus Youth at the ALFA event in 2022.” 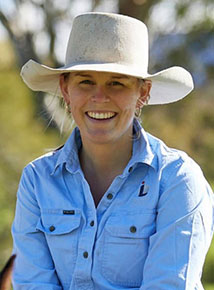 Georgia Laurie is a sixth-generation beef farmer, with a love and passion for cattle and agriculture. She is currently studying a Bachelor of Rural Science Degree at the University of New England. When time permits Georgia works on her family’s Angus stud – Knowla Livestock along with being the co-principal of her own stud, JRGV Angus. Georgia has attended 10 Angus National Youth Roundups as both a competitor and on the organising committee.

Georgia believes the agricultural industry is becoming a highly technical and specialised field where producers must be innovative and abreast with technologies to compete. Animal nutrition is an area that is of high interest to her where nutrition of animals can influence and maximise reproductive capabilities. Meat science and maximising meat quality is also of keen interest, where the goal of the beef industry is to produce a product which satisfies the standards and demands of consumers. As an industry, she believes we must adapt our ways to produce a product that is both environmentally and economically sustainable. 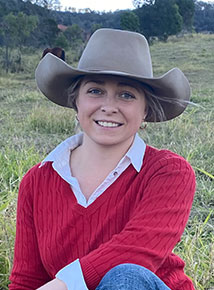 Phoebe Christie hails from Burrandowan, Queensland and has been involved in the agricultural industry for her entire life. Phoebe has been a part of her family’s multigenerational commercial beef operation, where they breed and background Angus cross cattle on irrigated and dryland pastures, for feedlot entry.

Phoebe has participated in six Angus Youth Roundups, and has been showing Angus cattle since 2013. Throughout this time, she has been mentored and inspired by many very generous cattlemen and women. Along with her sister Ella, Phoebe runs her own small Angus herd on agistment and family properties.

Phoebe is currently studying a Bachelor of Veterinary Science at the University of Queensland.  Her goal, once graduated, is to work as a rural veterinarian, ideally focusing on ruminant production and genetics.