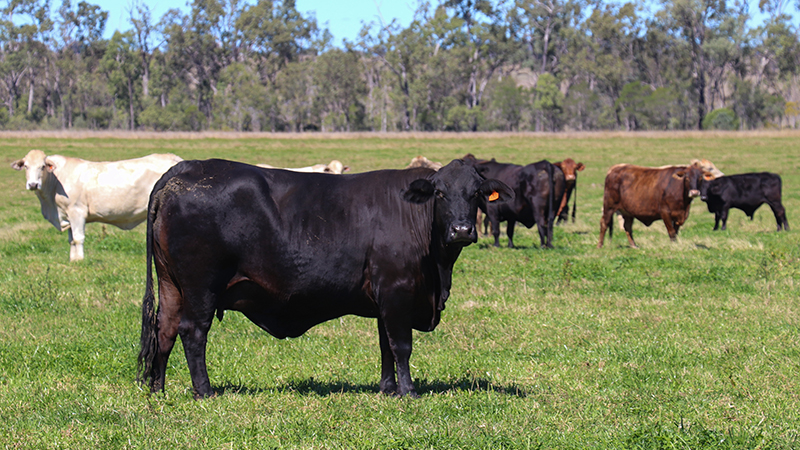 Tim and Megan Allen of ‘Argyle’, Mundubbera have been successfully running Angus cross cattle for more than 20 years.

Their operation encompasses a breeding enterprise of approximately 1,300 breeders, run over three properties – “Cheltenham”, “Narayen” and “Williwin”, and a backgrounding and fattening enterprise on “Argyle”, under 300 acres of irrigation.

Originally running a Brahman breeder herd, the Allens decided that they needed to cross-breed and trialled several breeds. However, they found that when they were finishing cattle on the irrigation that the Angus cross steers were outperforming their peers.

“We noticed that the other crosses got left behind – the Angus were sold before anything else, they were maturing earlier and they had fat coverage” Tim explained, “they were meeting the criteria of what the market was demanding at that stage”.

From this basis, Tim and Megan’s herd of 1,300 breeders is now approximately 70% Angus cross cows and has seen a shift from producing bullocks to now targeting a mixture of the feeder market and the domestic grass-fed market – with the majority of each year’s steer progeny being turned off before 18 months of age.

Joining over a five-month period (October to March), the breeder herd is self-replacing, with heifers first joined at 18 months old. Replacement heifers are selected on temperament, udder structure, balanced confirmation and moderate frame.

“We are to the point now where we are selecting lovely soft heifers. They are a little slicker than their pure Angus counterparts due to the Brahman influence, but it seems to be working, they are certainly performing” says Megan.

On the back of what the Allens describe as a pretty bad season, pregnancy test results for 2020 were 89%. Empty heifers and cows are culled while re-breeders (second calf heifers) – pregnancy testing in calf at 70% on average – are given some leniency depending on the season and need for breeder numbers.

Nutritional management has proved vital to maintaining the high PTIC and calving rates Tim and Megan are achieving in their breeding herd. As a result, the Allens feed a protein and phosphorus lick pre-calving and have worked on establishing legumes such as fine stemmed Stylo, Cassia and Secca in pasture.

The breeding herds are run as mixed age herds for a number of reasons, including mitigating dingo risk. As a result, birthing ease is a priority for the Allens – catering for maiden heifers and cows, alike. As such, low birth weight EBVs are prioritised in bull selection, second only to temperament. High 200-day growth weight EBVs and structural soundness are also considered critical while larger eye muscle area and positive rib and rump fat EBVs are also sought after.

Come weaning (June), all calves are weaned from “Cheltenham”, “Narayen” and “Williwin” to “Argyle”, where 300 of 3,000 acres are under centre pivots, irrigating a high protein, winter dominant mix of rye grass and clover. The replacement heifers reach a top of 450kg at 16 months and are trucked back to the breeder herds to acclimatise and be joined in October. Meanwhile their cull counterparts are taken through to supply the Coles Graze program at around 2 years of age.

Steers are backgrounded to sell directly into the heavy feeder market. Majority reach 400-500kg and the age of 18 months while those who overshoot the grid end up destined for the abattoir. Tim and Megan are EU and MSA accredited and are suppliers to both the Coles Graze and Teys Grasslands programs.

“This variety of accreditations has made it very easy marketing weaner steers down south, should the need or opportunity arise. People ask me ‘Why Angus?’ and I say ‘cause I can sell them’” says Tim.

“The market options with Angus have given us the ability to sell into any market because they are a desired item” adds Megan, “you can go sell them as stores, you can sell finished cattle – we have a variety of options, we can choose our markets and what direction we want to take them”.

In terms of challenges, controlling the tick burden in a relatively high Angus content herd in the tick zone certainly comes to mind but Megan and Tim all but dismiss the idea.

“Parasites cost you money, they will knock the weight off your cattle and cost you production and we are all about trying to get cattle as heavy as we can, as quickly as we can for sale. If you let the tick burden get away from you it costs you a lot of money and we can’t afford that. It is just a matter of keeping them clean and maintaining your tick regime, regardless of breed” says Tim.

Using a combination of dipping, chemical treatment, blooding and burning on some properties the Allens aim to give their cattle protection from tick fever while eroding the overall tick burden.

Overall, the marketing options that utilising an Angus cross provides has been very much realised by Tim and Megan, with the combination of breeding and backgrounding/finishing under irrigation well suited to capturing a number of target markets. Tim feels that by producing a desirable article that the market wants, it has made their enterprise more profitable.

“Don’t go out to the market and say I am going to produce these cattle because that’s what I like – go and see what sells, and then breed a good article because you will be more profitable” says Tim.
DOWNLOAD PDF
asdfasdf
asdfasdf
Loading Gallery, Please Wait... 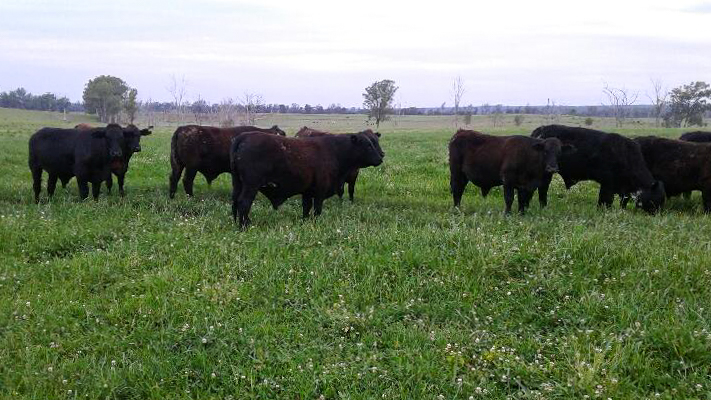 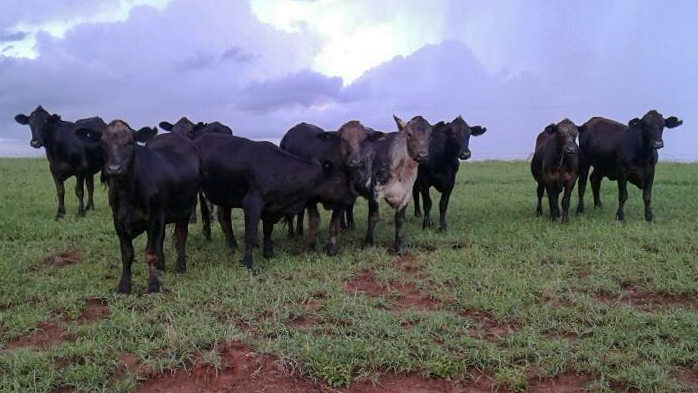 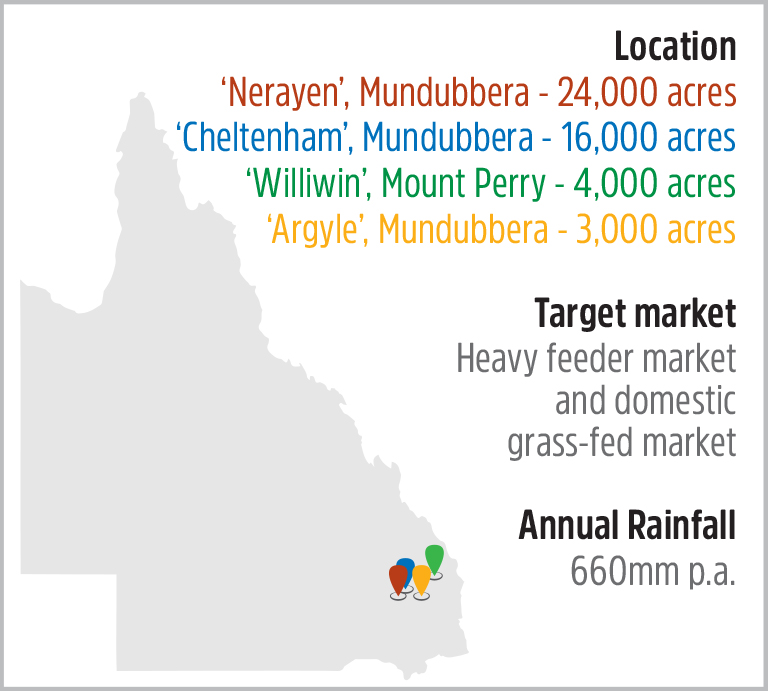 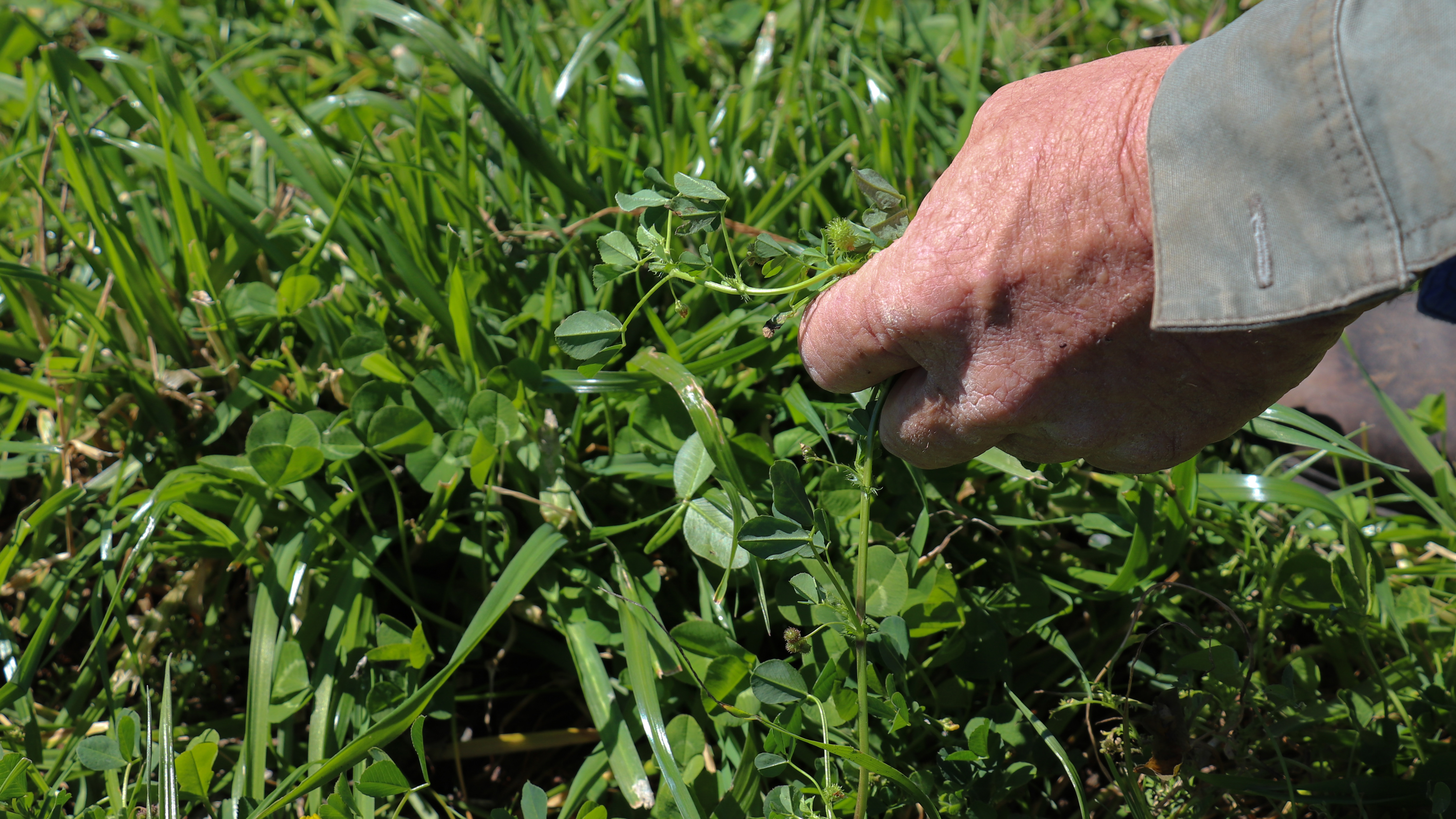 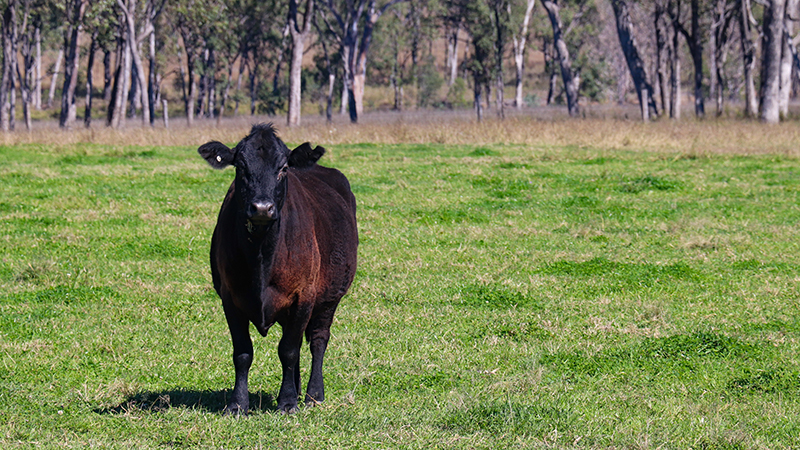 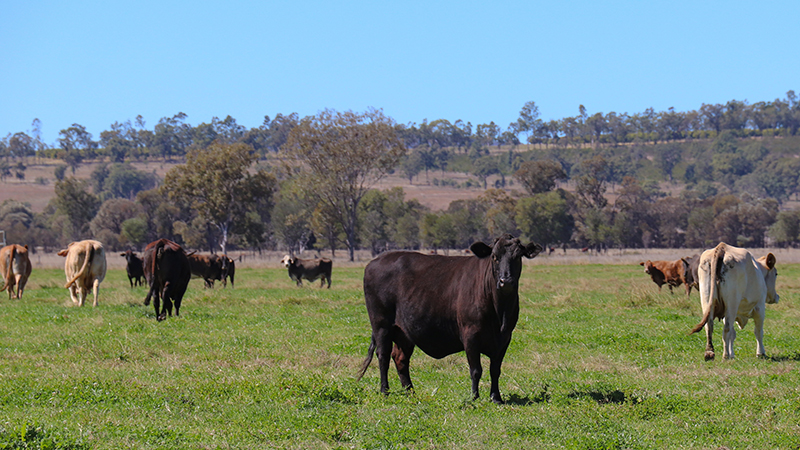 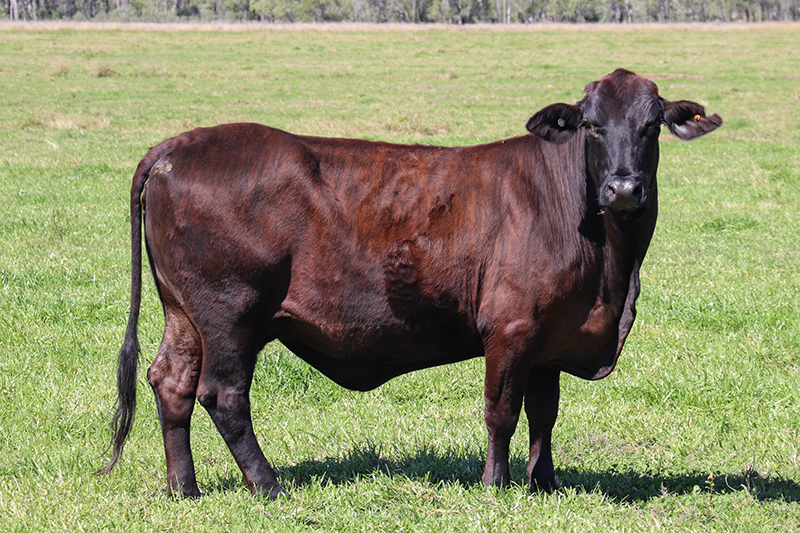 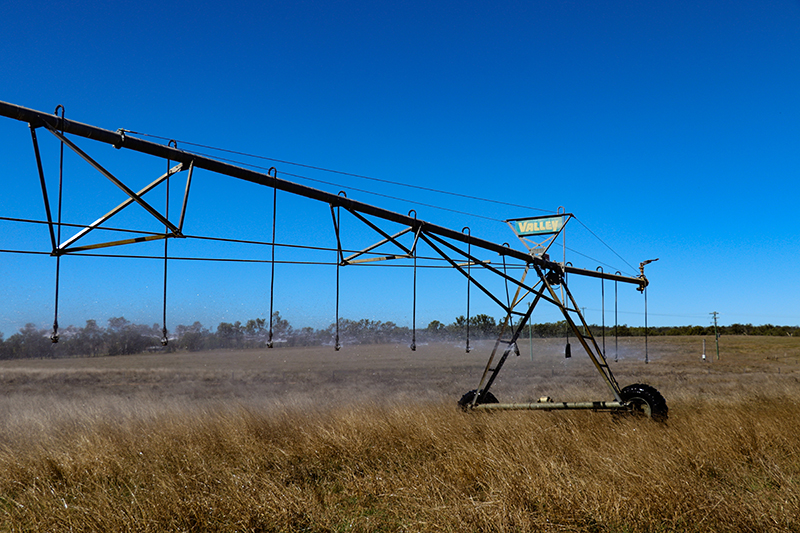